skip to main | skip to sidebar


You may recall my previous post in which I remarked upon the fact that life would not be worth living if it were not for the filmic work of that master of the macabre, Bela Lugosi. It's more likely that you may not, however, as it would appear from this blog's 'stats' that only 5 people ever looked at the page. Seeing as I looked at it a few times myself, to remind myself what a wonderful job I'm doing writing this stuff, that doesn't say much for poor old Bela's popularity, then or now. No wonder he only scored one acting job in 1937 (SOS Coastguard). Nonetheless, despite the fact that posts of that sort are obviously about as popular as the plague, I hope to alienate the few readers that may still somehow be out there with a few words about my other horror hero, Boris Karloff, and how he's helped me to conquer my insomnia.

But let's not talk about Frankenstein, or any of that well-known stuff. That's all too mainstream and exciting, and it might keep you awake. No, I'd like to have a word about something more restful. For I have recently discovered the tedious joys of Mr Wong, a brainy oriental detective in the Charlie Chan mould, played by Karloff five times around 1939 - 1940 in a series of cheapo Monogram whodunit flicks. You could probably score the whole set of Karloff Wongs for less than the price of a bottle of sleeping tablets, but a dose of Wongs is far more effective. I couldn't stay awake through any of them.

I'm not saying that I didn't enjoy them. I did. But there was something heavily narcotic in dear Boris's soothing tones - as he gently spouted pseudo-oriental claptrap, making no attempt to disguise his usual speaking voice - combined with his dome-like forehead, dangling 'tache, and his blankly hypnotic stare through thick, bottle-glass spectacles, and the way he quietly fulfilled his contractual obligations with customary professionalism, without exerting himself in the slightest, that repeatedly lulled me into restful slumber.

I'd say that the first one in the series, Mr. Wong, Detective (1938), is the best one, but the least suitable as a sleeping draft. Admittedly, I slept through most of it when I first tried to enjoy it one evening, but on the second attempt, made early the next morning, determinedly fuelled by strong coffee and the sugar rush of chocolate digestives, I made it all the way through without losing consciousness, and was even able to grasp every nuance of the plot. OK, I must confess I felt a little sleepy when Wong/Karloff was lounging around in his luxurious Eastern deco apartment, in an ornate dressing gown, smoking cigarettes in a leisurely fashion, oddly clasped in the middle of his hand, puffing the fumes hither and thither, lingering inexpressively over the lines, like a fancy-dress funeral director, while the worn out 16mm print wearily hissed, groaned and crackled on. But I got past it.


Yes, maybe I did nearly drop off into oblivion after he calmly advised a man under threat of murder to have a good dinner of roasted duck in almond sauce, because "he who dines well, rests well" (his advice may have been a bit off on that occasion, I think; I seem to recall its recipient was kidnapped and driven off to his doom in a fake taxi cab as soon as he got out the door). But I pulled myself together.


No, perky and alert-ish, I got to the end, and I have to say it was all pretty entertaining. The chap who plays the gruff, misery-guts policeman through the series, Grant Withers, is excellent; but his character gets progressively more toothless as the series progresses; which is a good thing really, because after a while he may have kept me awake.

I drifted in and out of sleep for much of the rest of this thoroughly formulaic by-the-numbers series, which has Wong inexplicably allowed to repeatedly meddle with police homicide investigations, aided by the aforementioned grumpy cop, and the inevitable wise-cracking girl reporter who sports some nice frocks and hats but gets into scrapes every five minutes. Each time I'd start one I was resolved that I couldn't possibly fall asleep again; come on, you're not that old, but about twenty minutes in, I would slide towards unconsciousness as Boris solemnly padded around whatever threadbare set he happened to be in at the time. I'd drift in and out, like a patient on a dose of filmic morphine, zoning in now and again, to see some glum fellows wearing stiff grey suits, which looked like they had the coat hangers left in, flatly delivering their lines, furthering, furthering the plot, without distinction; with Karloff remaining expressionless behind the specs, occasionally nodding, twitching his huge forehead occasionally, smoking in that odd way, stooping over, or moving his cane slightly.

At other moments I'd glimpse the sassy young reporter perching on the long-suffering policeman's desk for the thirty-fifth time, or see suspects pulling suspicious red-herring faces before Wong revealed who was the murderer. None of these films are bad; they're all pretty good. Unexceptional, but pretty good. Especially if you need a good kip. Even their interchangeable by-the-numbers titles and near identical title sequences lulled me towards the arms of Morpheus: Mr Wong, Detective; The Mystery of Mr Wong; Mr Wong in Chinatown; you could almost drop off just contemplating what they might be like.

They tried to pep it up a bit with the snappier titles The Fatal Hour and Doomed to Die; but for me it was more like The Restful Hour and Doomed to Sleep, despite my noisy neighbours.  So, I'm a big fan of Mr Wong. I won't hear a word said against him, though his first venture is perhaps a little too lively for my taste. I will always have his films to hand alongside the Valium, whiskey and ear plugs here in THE HOUSE OF COBWEBS.
Posted by Karl La Fong at 13:54

ENDORSED BY THE WOOLLY DANCING DUCK 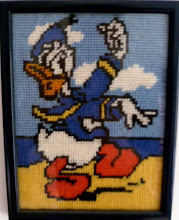 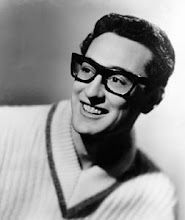 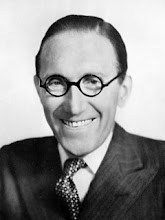 In the time of England's greatest need, ASKEY will come again. It is written in flaming letters across the pages of eternity. Until then, he will wait with Stinker and Lewis the Goat atop BBC Broadcasting House maintaining a ceaseless vigil. He thangs yow.

Karl La Fong
"Those fools at the Institute...they laughed at me...said I was mad. Now I will show them!"

GATHERING DUST ON THE HOUSE OF COBWEBS MANTELPIECE 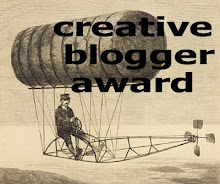 I can't say that I know what it means exactly, but I'm very pleased to have been bestowed with THE CREATIVE BLOGGER AWARD by Mr Coniam over at MOVIETONE NEWS.